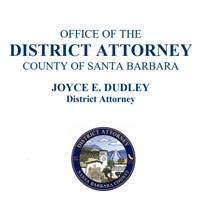 The press release below went out on May 11 regarding the on-going discussions among the district attorneys and the right venue for trying the Golden State Killer (I still can’t bear to use his name).

The pros and cons of different locations.

Since my dad was a lawyer, we have old friends who have shared some insight on how these talks might be going. With that said, these are only points of view – not facts.

Sacramento: I think most people agree that Sacramento was deeply wounded by this beast and there are so many here that have been impacted by him in some way. The challenge is, as I understand it, the rapes may be considered ineligible for trial based on the statute of limitations (note: this needs to change). The two murders here I believe can only be connected by ballistics. But I also heard they pulled guns out of his home, so there is hope.

Ventura: We offered up the DNA that was used to make the arrest. Our district attorney has a stellar reputation and I would find great satisfaction in doing our part to lock this guy up.

Orange County: There were more victims there and their Cold Case Division helped put these murders together. Potentially they have the most conservative jury pool. That is a compelling argument but I find it hard to believe that will be necessary.

This is just the beginning of the rationale they are using to work this out. I’d love to hear your thoughts on the venue. Looks like we know where and when until the end of June – if then. As I keep saying, we’ve waited this long for him to be caught, we can wait to make sure this is a slam dunk.