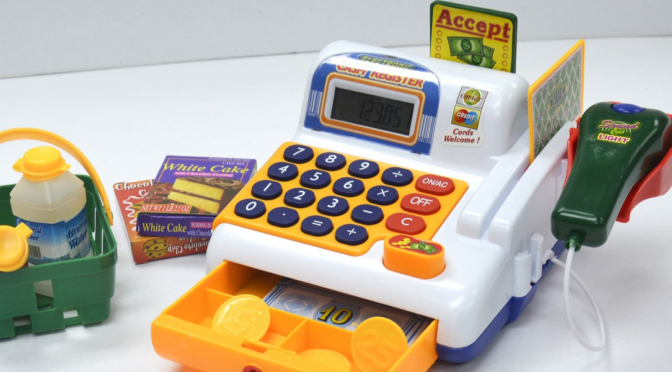 I was roasted on Reddit* the other day – totally unexpected – and it seems like things got weird when someone accused me of posting to promote my coaching business. Of course, my website has my coaching business on it, but that wasn’t why I was there. I was just participating in the discussion like everyone else, and then suddenly I was defending myself. It’s the first time that’s happened in two years since I went public.

Let’s start at the top: the prosecution and defense of DeAngelo.

There’s no doubt there’s a Golden State Killer economy. Holy smokes; it starts with the $20M price tag that prompted AB 141 to pay for jurisdictional expenses “incurred in connection with the prosecution and defense of Joseph DeAngelo.” There are a lot of people getting paid to try and defend this case. There are lawyers and researchers, scientists and testing facilities, computer experts and investigators and legions more who are working for both sides. We are nothing if not job security as this case is being prepped for the prelim. Also, don’t forget travel and housing expenses as teams from around the state come in and out of Sacramento to move things froward. We can debate if this level of expense is necessary, (and goodness knows I will in an upcoming blog), but let’s just accept this at face value. If we ever get to trial, chances are, this cost will likely increase.

Then there’s the content value of the case itself.

News, movies, documentaries, books, podcasts, blogs – some of these are highly monetized and some make no money at all. We all know when HBO or Michelle McNamara are telling the story, the intention is to make money. Not the only intention, but let’s accept one chooses that approach because there’s money to be made. Maybe that’s a better way to say it. I’m not casting blame here, merely noting there’s an economy in play and we all participate in it. In this category, I believe these folks truly care about the subject matter and the victims. I’ve worked with some of these folks and I’ve found them to be credible.

But we also have the exploiters. The folks whose sole motivation is money. They aren’t interested in the truth and have no interest in the victims, they are only interested in selling their product. I encourage everyone to keep their eye out for these folks; they are fairly transparent and tend to have a pattern to their behavior like focusing on click-bait, lying and repetition of same themes.

And then there are the victims; have they made money? Do they make money?

The honest answer is no, with a few exceptions. For the most part, any of us who are making money off the crime have been remarkably transparent. Jane Sandler-Carson wrote a book (not an affiliate link). That’s legit. She lived the experience; she did the work to write the book and she lives her truth. To the best of my knowledge, no one has been paid for any television appearances. There’s one activity where some folks got an unexpected honorarium, but I can’t disclose it and when I finally can, it won’t surprise you. And it wasn’t much.

Victims aren’t making bank on this. In fact, generally we are all financially poorer because of DeAngelo’s crimes and arrest. Of the victims I know, we are out-of-pocket on therapy, time away from work for hearings and other legal proceedings. Some of us travel to Sac to participate in these activities and have hotel bills. If there’s one thing the “true crime” industry has done that’s a disservice to victims, it’s the implication that everyone is making money.

It’s maybe the saddest part of the Golden State Killer economy. Yes, there are some Victim Assistance programs but they vary by jurisdiction and they are publicly funded so there aren’t deep pockets. Honestly, many of us are doing okay and feel like those funds should be used by people with greater need.

So back to Reddit and the great Jen Carole takedown.

Let’s get real. I don’t make money on my blog. You can do a quick check and see there’s no advertising. In fact, when I tried some affiliate ads, I got no clicks (and I was highly selective). Why? Because that’s not what my blog is about. Yep, it’s just me, the website (I pay for) and my computer.

It is the same for my podcast. Honestly, the reason I stopped doing it is I had to work and didn’t have time to dedicate to doing it well. I would very much like to sell my podcast and get paid to do it so I can afford to attend the preliminary trial in May. I am transparently sharing that with you. I have no idea if I can sell it. My coaching business is how I figured I could earn a living while attending court because I can coach in off-hours. My LawyersDaughter.com audience is not my coaching target. That’s why I have two URLs (that I pay for): one for my business and one for this journey.

I don’t intend to sound defensive. I just reread this blog and I still might. That’s truly not my point. My point is, if DeAngelo died tomorrow, this little  economy is a house of cards. It all falls down with a few exceptions. I think the highly developed content will have a longer lifespan, but most of what’s been created around this [expletive deleted] criminal will fall by the wayside. As it should. And if you don’t believe me, just look at Casey Anthony and Scott Peterson, both who are realizing they are beyond irrelevant. So how do they goose the system to try and make money? They exploit it. Sickening.

On behalf of the victims, we appreciate your goodwill. We have no intention of exploiting it. We will take the opportunity to support ourselves if it makes sense. If you feel we have crossed a line, please speak to us directly. Otherwise know, you’ve bet on the right people in this hot mess.

*This did not happen in the EARONS sub-Reddit. I traveled outside our group and I will never do that again! The EARONS community has been amazing and honestly, along with Twitter, Facebook, LinkedIn, etc. and those of you that read this blog, have been so supportive. It’s the reason I have the courage to do these speaking engagements.

I’m coming to town in March. Absolutely free. Get a ticket by clicking on the graphic!