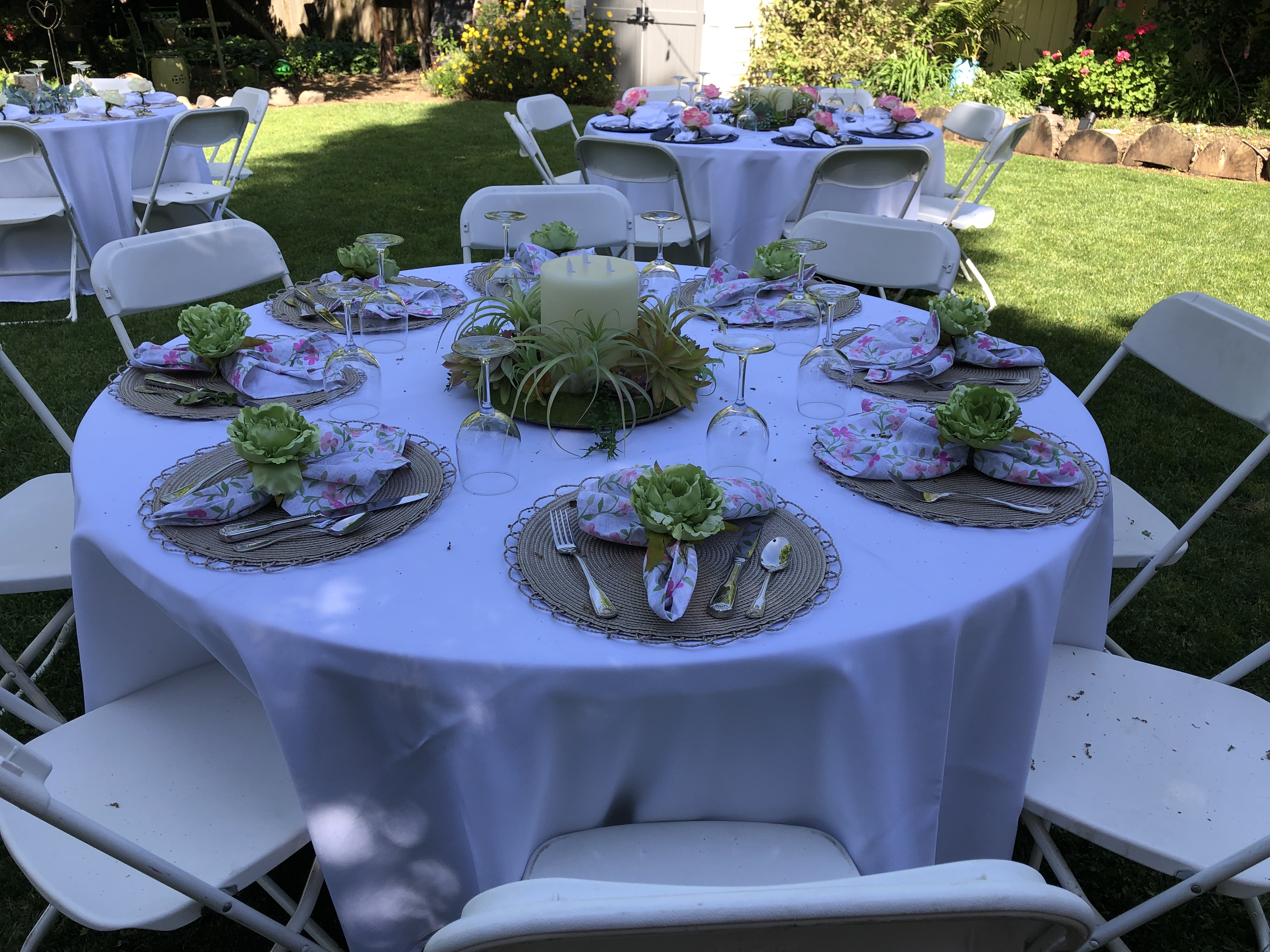 Today I got my hands dirty planting some tomatoes and strawberries with the hope they will flourish. I used to be a great gardener, but the teen years and work pushed my avocation to the side. Well baby, I’m back. I read a beautiful quote from Virginia Woolf this morning (and good lord no, I don’t wake up on Saturdays and read classic literature! I was at Starbucks and it was on a cup). It said, “I enjoy the spring more than the autumn now. One does, I think, as one gets older.” We all need spring.

Survivors, an incredible garden and HBO.

With court ending so oddly, we were a little bit all over the place (that’s probably just my perspective, we tend to squad and I’m a notorious loner until I get to a place). After the Orange County energy left, I wrapped up talking to a few reporters before I hit the road. You guys know I love journalism and I really enjoy talking with them about the case and what they are hearing.

We met at the same home with the incredibly manicured and curated garden we visited last fall. The garden has all these little mini-garden vignettes and I could play there all day. In fact, let me take this moment to announce I’m seeking a husband that loves gardening, photography and animals. Take that universe – I’ve officially put it out there. The overall effect of this lush place is calm.

Outside the front door, there was a sign posted by HBO. I had been told they would be there but at no point did they talk about filming. Based on that, I made a poor assumption: I didn’t realize they were coming to film. Duh. Some of the survivors had already been interviewed by HBO. I have not. I’ve met with the writer and a few other folks have called, but that’s about it. I’ve been constantly advocating for a female point of view on the story, but let’s face it: it’s entertainment and they need to produce something that will sell. I stupidly thought they were there for background and research.

HBO hosted a late lunch for us, and it was lovely.

There were tables set up with flower arrangements that made the event seem much more formal. I immediately noticed the camera and HBO folks everywhere and I quickly figured out we weren’t going to be able to talk freely. When I walked in, the camera crew was with a couple I didn’t recognize. I later learned they were Bob and Gay, a still married couple, and this was their first time joining us. They did not go to court. They were basically putting their toe in the water but, HBO interviewed them, so you’ll learn more about them when the film comes out.

I mentioned Bob before. I really felt connected to him since he is a lawyer who survived an attack. He was mellow and warm, and you could see the rapport that exists between him and his wife. For me, having them there was very meaningful.

As I mentioned in another blog, we didn’t know what was going to happen in court that day and we really didn’t know why we were treated differently. As a result, that was much of the conversation. We talked about how most of the chairs in the courtroom were taken and why weren’t allowed in first (like normal) and that there was so much media there. It’s so funny how habit works because that’s how our expectations were set – by what’s happened before. Not being able to sit together threw us for a bit of a loop. It was much of our discussion at the lunch. I’m thinking HBO must have recorded a lot of that conversation.

We didn’t stay all that long. The incredible Carol Daly once again made her delicious ice cream and we got to play with a chocolate lab puppy that’s a new resident at the house. Overall, the vibe was so off on Wednesday, that’s why I needed time to sort out my thoughts. I’ve always been so protective of our privacy and now, as we all should have known, we’ve hit a pivot.

From politics to monetization, we are all making the best decisions we can.

The other thing that’s starting to be more apparent, is how each of us is moving through our “personal journey”. I know that’s a hackneyed term, but you get what I mean. I write and (sometimes) podcast. I’m trying to figure out if I can monetize my website, but honestly, it’s not very important to me. I’m much more interested in my readers and how we can possibly help one another heal.

Some of us have agents and are interested in doing speaking. I think that’s awesome. I suspect we’ll all hear more about this going forward and I hope the community will support folks as they venture out. Screw DeAngelo. If survivors can get something positive from this – so be it. I trust this group can handle our individuality along with our common cause.

Couldn’t resist adding this pic – I got out of the car, started walking inside the hotel and I heard something. Never let the turkeys get you down! This is at the Marriott compound near Cal Expo. I suspect the high rivers have pushed them out.