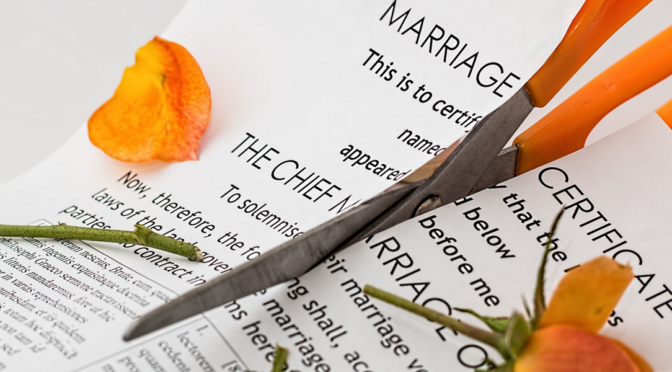 David was married when he was 25. He and his wife waited a few years and then had two kids. All was going well until it wasn’t. I met David after his divorce and provided coaching to help him gain control of his finances and adapt to a post-divorce financial outlook he hadn’t expected. This kind of change is a common reason folks hire a life coach.

David was suddenly responsible for making alimony and child support payments, while still feeling responsible for adding to the kids’ college fund. He’d been so busy working, he left his wife in charge of the money until now. He had no idea where to start.

In coaching, setting goals is an important part of the process. David’s goal was to understand how manage his money in a way that supported his long-term commitments – college for the kids – while still planning for his retirement that is about 25 years away.

Using coaching to get it done, started with clarifying his values around money and his kids. It was clear he wasn’t about to leave them behind; despite the divorce, he was committed to his plan to provide money for college for both.

We also un-covered his retirement dreams. Much different now that he was divorced, he could still imagine a scenario where he would get remarried and spend his “golden years” with a partner. He wanted to make sure he had a home to live in that wasn’t mortgaged so he’d have money for some travel.

During our discussions, it turned out the real reason David didn’t want to manage the marriage money is that he was afraid he would make a mistake and potentially lose money because he really didn’t know how to invest. In fact, his fear kept him from learning about interest rates and saving benefits and other things like how to invest in the stock market. As we dug into that fear, he discovered he’d inadvertently learned several bad behaviors from his father who did lose money.

We worked to peel back the layers to discover he truly did want to learn more about money, but he needed to be free of the anxiety attached to it. That revelation was key to removing the stigma he’d attached to it and from there, he proceeded on a path of learning about different investing strategies – and other tools he had access to through his job – and he was able to build a plan for the long term.

Because David was inclined to shy away from money at first, building in accountability was key. It was when we realized he kept avoiding some of his homework, that we were able to uncover the messages he’d had from his father. After that, David always took away a weekly assignment and by the end of our time together, he’d mapped out a financial plan that he felt comfortable with today and he knew he could change over time.

Coaching provided him with a safe place to address an issue that was driving him nuts. Once we figured out why it was so hard (his dad), his energy shifted and caught fire. While the amount of money he made didn’t change, his relationship with money did and suddenly money wasn’t a bad thing; it was something that could help his meet his commitments and realize his dreams. Managing his finances after divorce was no longer a challenge.

Don’t let your fears hold you back. Give coaching a try. At least try a complimentary consultation to see if coaching is right for you. It’s free and easy.