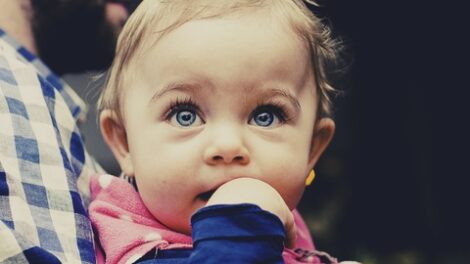 Have you watched The Baby Borrowers yet?

I am not a big one for reality TV, I don’t even watch American Idol. But I had read about the impact this show had when it was done in the UK and I was anxious to see if American television would somehow mess it up.

Good news: I don’t think it did!

I am watching this show with my eight year old daughter and it has already made quite an impression. Okay, she’s clear I want to be a gramma but only if she has a great job, owns a home and is absolutely prepared to be a patient, involved parent. But after watching this show, I am not sure I will get any grandchildren.

It’s a simple premise: five teenage couples who think they are not only ready to play house, but also ready to have kids get to spend three days with a baby. Incredibly brave, generous families have volunteered their children (the kids are uber-supervised) to be the “test” babies for these teenage couples.

The teens have to shop for, bathe, feed, change and entertain their kidlets. One of the teens has to go work during the day while the other stays home. All of them are rapidly brought to their knees as they learn babies really don’t negotiate.

We have the show on TiVo and my poor child has yet to watch one episode without me pausing the show half a dozen times to “discuss” what’s really going on or to validate that it really is that hard. As the show goes on, the teens will get to spend time with toddlers, preteens, teens and then senior citizens. Imagine how overwhelming all this care-taking is on a self-absorbed teenager!

I believe you can watch episodes online and I highly recommend it.

If you have kids, it’s an interesting show to watch together. If you don’t have kids, this may help you make sure you stop by the drug store before your next date. If you get what I mean (wink, wink).