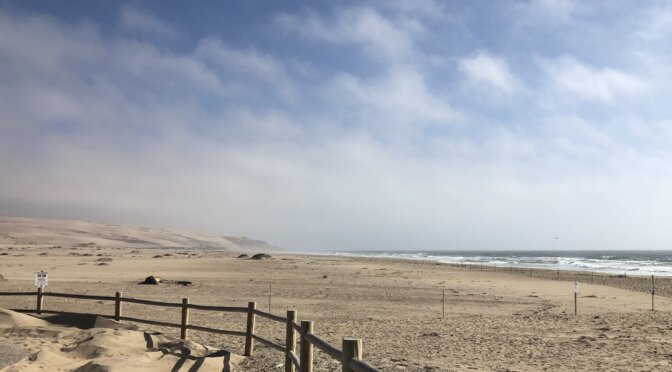 It has been a really tough week. Not so much practically, but emotionally. I realized this morning, in a private moment, that I feel like a rock in a tumbler. My body hasn’t been working right (leg not working right for the third straight month so walking and standing has been challenging), I’m not in a work routine, and what used to be just a feature in my life – the murders – is now a full-blown daily reality. Even the people I talk to frequently has changed. I used to go into work and see my awesome team and now, nope. I’m excited to see where things are leading, but damn, the tumble is tough.

My politics are obvious. Just get on Twitter for three minutes and I’m outed (@jcarole). But that’s for Twitter and other places, I don’t want to be political here. That said, this still might feel political, but it’s not my intention. I am truly focused on one thing right now: trauma. As defined by Webster, trauma is a: an injury (such as a wound) to living tissue caused by an extrinsic agent, b: a disordered psychic or behavioral state resulting from severe mental or emotional stress or physical injury and c: an emotional upset.

Not to blow your mind, but 5% of Americans, at any point in time, are suffering from post-traumatic stress disorder (PTSD) thanks to trauma. If you look at that number, it’s not fixed. Today you could be fine and then something awful happens and you get to walk through the trauma door and have your go at PTSD – meaning, it’s 5% at any point in time but in fact many more people experience it over a lifetime. I have.

Arresting DeAngelo awoke feelings, memories and questions for all of us.

Michelle Cruz (Shelly), Debbie Domingo and I are a squad. Survivor Sisters who share this weird window on the Golden State Killer and the horrors he caused. We often share things with each other on Twitter; both publicly and in private. Early this week Shelly tweeted at me publicly with a question. It was so honest and direct. Little did shoe know know this was going to make me think all week long.

How do we cope? As I tumble through all the changes happening in my life right now, I am having to cope. I haven’t really thought about it in that way until Shelly’s question. I think we are all so used to “soldiering on” that we don’t realize we actually need to stop a minute and figure out a game plan for coping. What Shelly didn’t ask – but was maybe thinking – is how the hell are you keeping your shit together when the killer has been caught, a book has been written that’s not making us all that happy, information is dripping out and it’s not answering our real questions and there’s so much pain that’s been re-triggered for all of us?

Add to this unexpected “other things” for all of us – including missed work days for those employed who want to watch the hearings, travel expenses for people who want to come to court and therapy costs for anyone who needs help. There’s also the responsibility of new relationships that maybe didn’t exist before April 25th. Folks, it’s a hot mess.

Personally, I’m finding there’s a lot really good happening, but I am an eternal optimist and that’s my jam: making lemonade out of lemons. And yet, I too have some dark days and feel the weight of the trauma as it drifts in like fog along the shore. Sometimes it’s just a wisp and other times it’s heavy, thick and blocks the light. I suspect I am not alone.

So now the “trying not to be political part” that made this week extra tough. Watching the kids being separated from their families at the border was more than I could handle. When I heard the tape of the kids crying for their parents, I was done. It doesn’t matter if it was real or not, if you’re a parent, you know that sound and it makes you want to rush to the aid of the child. Then tell me they’ve taken babies away from parents and I’m done. It threw me into a funk.

The reason this matters is seeing someone else go through trauma can cause trauma. Take that in. It’s important. I’m going to go out on a limb here and believe 99% of the folks who choose to read this blog, have empathy. If you didn’t, you wouldn’t give a crap about what I write. It’s a trait I see in the “true crime” crowd that makes it one of the most attractive group of humans I’ve ever encountered. I believe it’s because true crime folks have either experienced a traumatic event or love someone who has. There’s a generosity that comes with that empathy that makes space for people being different and allows everyone to “process” in their own way. I don’t experience true crime folks as being judgmental or exclusionary – with one exception. True crime folks fucking hate criminals.

Of course I love that part. But I’m distracted. Let me get back on track. Here’s the point.

People who are touching trauma – survivors, supporters, friends, family – need to make time for self care.

I know self-care sounds like some damn thing we’d say in California while we eat our avocado toast before our hot yoga class (I have not tried yoga, I’ve only tried room-temperature yoga and my body wasn’t having it. I have not yet tried avocado toast – I’ve been way too busy rearranging my chakras!). But it’s not a California exclusive. It’s something care providers and advocates stand behind and it’s important. It’s like what they tell you on the plane: put your mask on first before you help your child. If you pass out first, you can’t help anyone. Goodness knows all we have is each other and we need to be strong.

After this tough week, I needed to do some self care. The first was to take a mini-blog break. I had to step away for just a bit so I could come back. I care so much about my new friends – the survivors – and the community that surrounds us. There is really good information online about self care. Some of these things aren’t hard to do and they can be healing. I’d love to know what you do to take care of yourself. Please leave a comment – or tweet – if you’re willing to share. Here’s my little list adapted to my lame leg and lack of extra money.

Turn off noise. I know I’m extroverted but that only works well when I’m energized. When I’m not, noise depletes me.

Go outside. My preference is moving water but flowers and fresh air will do the trick. Especially if there are good smells.

Smile. Yes, like an idiot. Even if there’s nothing to smile about. I force my face to smile because it has at least seven health benefits. (If Katie, my kid, catches me doing this, she won’t hesitate to tell me I look like an idiot. This triggers a real smile and my work here is done.)

Do something tactile. I mess with my cats. I crochet. I go outside and pull weeds or deadhead my roses and geraniums.

Talk to a friend. Family members can sometimes drag you into places you don’t want to go if you’re not doing well. But if you have the right friends, they can be a boost. Or join us on Twitter. There’s a good group online that always seem to offer encouragement and hope. The best part, if you get a troll, you can block them. It’s oddly satisfying.

Here’s to lifting the fog and healing ourselves and the people we care about. The trauma and feelings will come and go but how we chose to deal with the trauma is something we can control.

7 thoughts on “When Someone Else’s Trauma Triggers Yours”