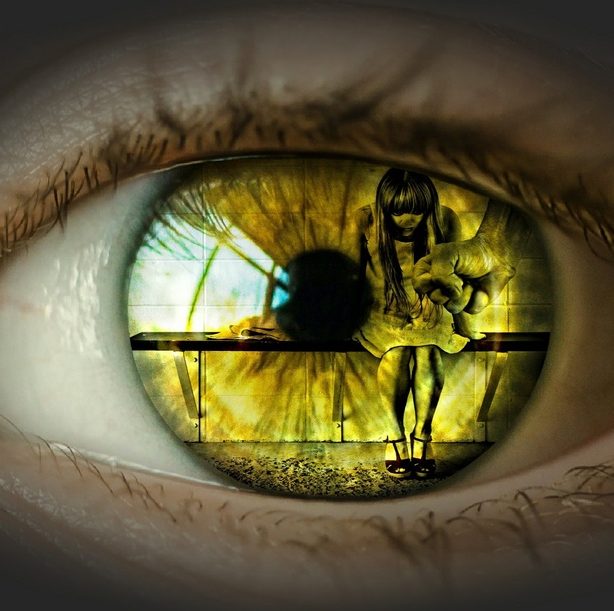 When I found out the series of southern California murders were connected to the rapes in northern California, what I fantasized was one day I would meet the amazing rape survivors and somehow find common cause among them. While I wasn’t raped, the monster that had attacked them had raped my stepmom and killed both she and my dad. Somehow, I imagined, they would understand.

I’m happy to report they did understand. These women are now my friends.

I’ve have watched these women of incredible strength, face their attacker in the courtroom for the first time. I’ve watched their hands shake and their faces flush. And this wasn’t even about testifying yet. This was just being in the same damn space, breathing the same air as the man who haunted them for years. There are still some who have not joined us – for whatever their personal reasons – but for those that have faced the monster, over the course of a year, I’ve watched them change. From my point of view, its been for the better.

That doesn’t mean the change hasn’t come with pain. Even I was thrown back to my 18-year-old self and I’ve had to deal with “my shit” related to the crime. But I have to say, the impact has been tremendous. For me, it has meant a life change that I didn’t see coming. I’m committed to advocating for survivors and I’m back in school to become a certified life coach. It’s from that place that I encourage survivors of Epstein and his evil cadre of rapists, to consider coming forward. To step into the light.

None of us know the journey these victims have taken as they moved from children to adult women. I suspect they’ve told themselves a lot of rationalizations that somehow have allowed them to cope. But I’d like to push into some of the more common ways we “justify” what happened to us when we were children that may have helped us grow into adulthood, but now no longer serve us. That’s when we need to adopt new, healthier strategies for survival. Watching Christine Blasey Ford testify and then deal with backlash that triggered all of us who’ve suffered at the hands of men has led us to a new place.

It’s also about aligning with the men who see what’s been happening and are just as disgusted with this kind of behavior. It’s about healing and taking back what’s ours regardless of gender. We have the right to be honored for who we are – warts and all. We have the right to be heard and to be believed. And bit by bit, this evolution is happening. If there’s a “yeah, but” forming on your lips, I get it. There will be bumps in the road.

But right now, let’s be clear about a few things we all tell ourselves when we’ve been abused that are absolutely, positively false – regardless of what anyone, including our President says.

I deserved it. Nobody deserves to be hurt. It doesn’t matter how old you are, what you are wearing, whether you agreed to go to the party… I could go on. The point is, one person does not get to hurt another person.

I’m unworthy. This one is a hard one to fight when you’re really in the shit, but it’s wrong. Everyone is worthy and your story matters. Adding to the collective consciousness helps us all and as you start to share, you may find you feel stronger and more worthy every day. If you aren’t ready to share, that’s okay too. Just know, your worth is not connected to those men or their crimes.

Nobody will understand. Oh, but we do. You know who really understands? Olivia Benson, aka Mariska Hargitay. There’s a reason Law and Order SVU is so popular. And Dateline. It’s because we DO understand. Good people have come together to pursue true crime and help victims get answers. Mariska has a foundation with a mission to “transform society’s response to sexual assault, domestic violence, and child abuse, support survivors’ healing, and end this violence forever.” Your advocates are legion.

We are on the precipice of living in a world where women have true power.

A future where women’s values, talents, capabilities and genius will help humanity evolve to embrace human rights, civil rights and true compassion. But that change does come at a cost. The cost of owning our truth. Speaking out won’t be perfect, there will still be mistakes and unintended consequences, but that’s how change happens.

Your strength at this moment will make a difference. Stand tall. Be strong. We are here for you.

If you were victimized by Epstein or his associates, the FBI wants to hear from you: 1-800-CALL-FBI. I recommend having a friend (or rape crisis counselor) help you with this call. Have her/him sit with you, conduct the call on speaker, take notes, and don’t agree to anything unless you’re ready. It’s good to listen and then tell them you’ll think about it, so you have time to consider what you need. Self-care is vital during this process.

The National Human Trafficking Hotline is (888) 373-7888.
Please report any suspicious activity in any language.