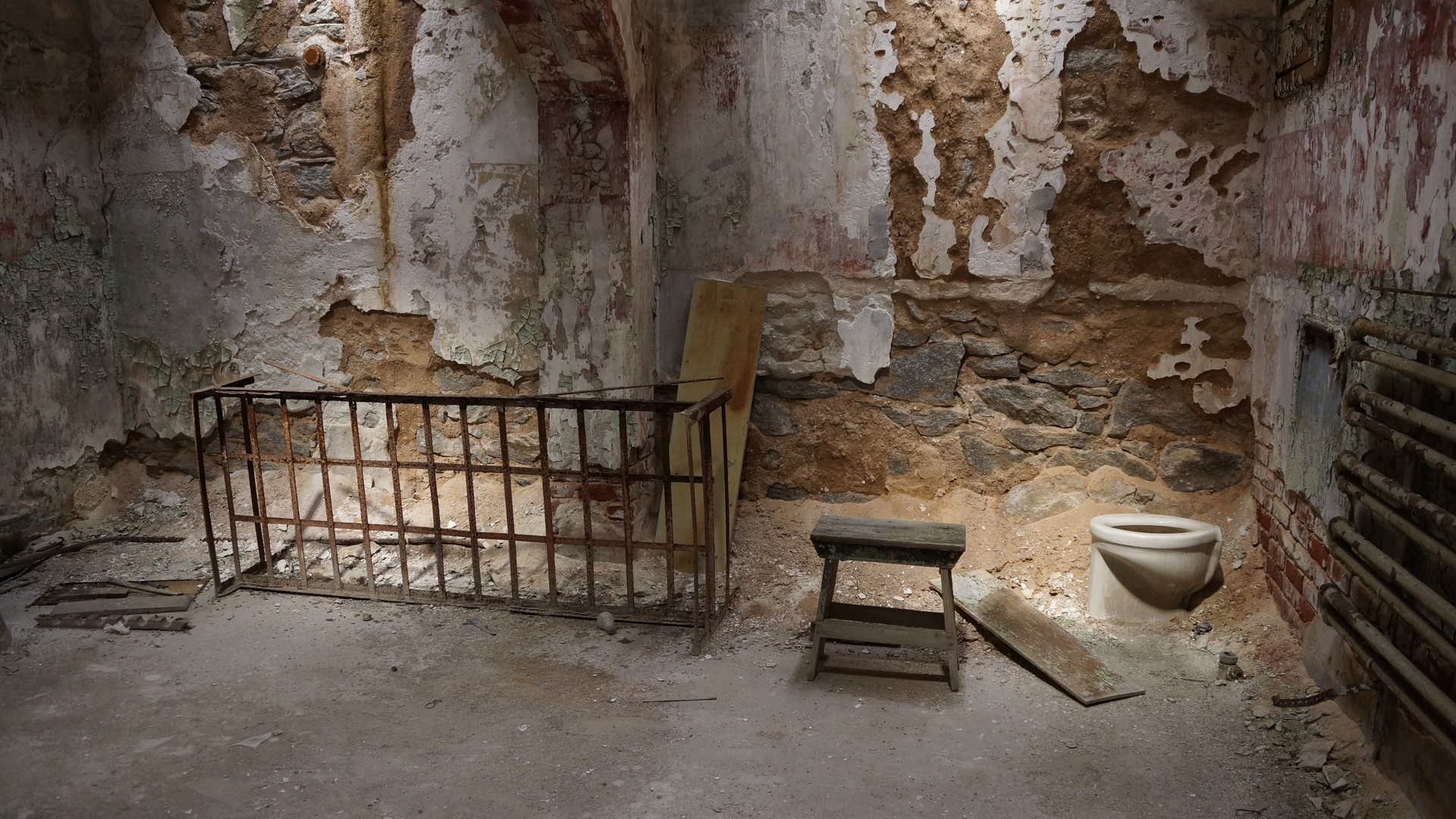 I was probably a preteen when I first discussed the death penalty with my dad – he was against it. He’d actually tried a death penalty case (the guy was guilty) and interestingly enough, Lyman had figured out there was a way to potentially get him off based on a technicality. But, as I understand the story, instead he pursued a vigorous defense and the guy was still convicted (they had him dead to rights I guess). Ironically, no one remembers if he got the death penalty or not.

I could not be happier about this. I don’t think the death penalty serves any purpose other than showcasing our inhumanity. [Yes, I can already hear you saying, “But these people aren’t human!” You might be right, but I’m talking about us.] With DeAngelo in a cage, believe me, I know that argument well. As I sit there, staring at him, my eyes burning into the back of his head, it’s like I’m trying to jiggle The Force to try and figure out how a human could hurt so many other humans.

I’m sure this action will upset a lot of people and as I straddle the line here, I get it. I think the Polly Klaas case is one many of us in the Bay Area shared our feelings with Ronn Owens who aptly admitted he wasn’t pro-death penalty but Richard Allen Davis was a unadulterated piece of shit who needed to be put down. Fun fact: if you go look at that link about Davis, you’ll see why this led to California passing a three strikes law. This case was beyond sickening and picturing him dead satisfied a lot of feelings. But it didn’t bring Polly back.

“California’s modern history reflects a population that recognizes that the criminal justice system has been too harsh on the poor and minorities.”

That’s from today’s LA Times. And it rings true. Nothing demonstrates the inequities in the system than last week’s sentencing of Paul Manafort, which seems relatively light compared to this woman who voted by mistake. There’s a reason justice has a blindfold on; justice should be fair. But the death penalty is one way justice isn’t fair.

The death penalty isn’t helping anyone.

I want to be incredibly pragmatic about this.

It’s expensive. The special circumstances in the case against DeAngelo is one thing driving up the cost. I can’t factor out that extra expense, but if we use this data, someone who is good at math can maybe extrapolate what percentage of the estimated $21 million is due to the death penalty.

In a 2012 study of the costs of capital punishment in California, it was determined that on average, death penalty cases involved 120 more court days than non-capital cases at a rate of $3,589 per court day for an additional cost of $430,680 per case. California estimated that it costs an additional $90,000 per year to house a death row inmate. A California study concluded that due to appeals the average time from conviction to the filing of a federal habeas corpus had risen to nearly five years from 1.5 years in 1979.

It consumes resources. Every lawyer working a death penalty case, is no longer available to work on other cases. In addition, it’s likely to be our best lawyers who really understand criminal law, who are defending these folks.

It treats Death Row inmates differently. They’re on Death Row and so they get a private cell, private yard time and privileges. This has been a hot button for me. I want DeAngelo in the general population, not on some private Row with privacy. Nope, these jerks (think Scott Peterson) deserve to have to negotiate with other prisoners. I would love to watch DeAngelo try his “angry old man” act on a 24 year old who’s got no time for that.

The Death Penalty doesn’t do what it’s intended to do. It’s supposed to be a deterrent to committing crimes. As we know with DeAngelo – who was a cop! – he knew what the death penalty meant. He was extremely aware. But he gave no f-cks. None.

Instead, the death penalty makes us culpable. It doesn’t bring back our loved ones. It doesn’t give us closure – how can killing someone heal anyone? We can’t meet cruelty with cruelty. If we do, how are we different? Pretending there’s a moral high-ground disappears once death is evoked. And God forbid, we execute someone who is innocent – that’s a risk we should be unwilling to take (but DeAngelo is guilty – we have DNA baby).

I spoke with Sister Helen Prejean on Twitter once. I squealed with glee when she messaged me back. Her work is amazing and there are many resources on her site. I encourage you to click around and see what you think.

Thank you Gavin, you might have just saved the state millions on our case alone.

I have a call into my Ventura folks to see what this means for the case. We’re heading back to court on April 10th in Sacramento. I’ll be there.