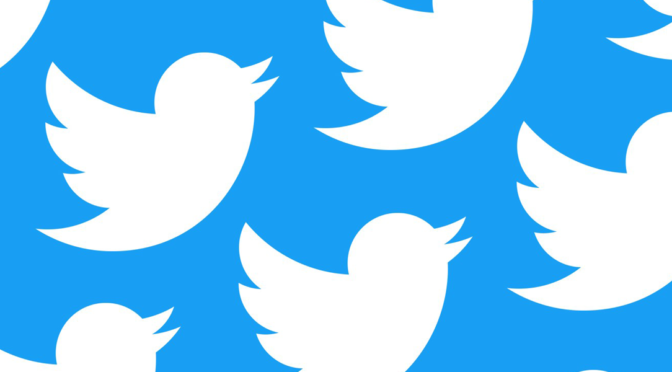 ICYMI (in case you missed it), Twitter is the new water cooler: the best place to learn things you might otherwise miss in the chaos that is 2017. So for those of you new to this kind of media, here’s a quick primer to help you get started and curate a twitter feed that you’ll find interesting.

1. Get a Twitter account. I recommend grabbing a handle (name) that won’t embarrass if Stephen Colbert happens to read your tweet on his show. I like the mobile apps (iPhone, Android) but you can also consumer tweets on the web.

2. Complete your profile. Say as much or as little as you want about yourself. This is VERY public so use your discretion. Add a photo – it doesn’t have to be of you – because that, and your profile, helps folks know you are not a bot.

3. Start following people. And this is really the crux of this post. How you curate who you follow is how you’ll get the best information possible. There’s a ton of garbage, opinion and untrue stuff (I refuse to call it fake news – there’s just no such thing) on Twitter. You have to use your brain to evaluate it. But if you start with this list and approach, it will be a tiny bit easier. Here’s goes (and please comment below with your finds – let’s build a great list!).

This is the secret sauce of Twitter. When something is trending (see Explore page on the mobile app and Moments on web, you’ll see a hash for it. If you click that, you’ll see all the tweets about that topic that have used the hash. Know at that point, you will see raw tweets with emotion, flawed information, true information and everything in between. It’s good content but it’s super fresh so thoughtfulness isn’t necessarily the priority. Sharing is. Use hashtags if you’re live, in it or have an opinion on it.

@RealDonaldTrump – yes, follow him. God forbid he gets some real followers, not just bots.

@SenWarren – she’s often where the action is and is ruthless about fact checking.

@BreitbartNews – All Right, all the time.

@NYTimes – yeah, they are still in business. AND considered to be fair and balanced by those who evaluate the media (because that still matters).

@SenJohnMcain – because someone has to speak up to stop American sanctioned torture.

@WashingtonPost – because they get scoop.

@JakeTapper – because he’s naming things and not putting up with #altfacts.

@CaseyNewton – if you are a Silicon Valley follower; offers political POV as well.

@KeithOlberman – because there should be some fun on your twitter feed (nuff said).

@FoxNews – offering a point of view.

@Moorehn – seasoned reporter who provides insights into the “why” of things.

@SeanSpicer – because, well, just because.

@wikileaks – so you can see first hand how the game of leaking works.

@JournalismAssoc – judge for yourself if journalists are truthful or not.

@Reuters – there’s a world out there beyond us, we need to know all things.

@JeremyCorbyn – from the UK, the current Labour Party leader.

@IamJohnOliver – because perspective and humor matter.

@StephenAtHome – Colbert with a touch of humor.

Okay, that’s a start. Hopefully folks will add more to the comments section – from various points of view. The point here isn’t about where you stand, it’s about sharing information, finding sources to check and double check what’s true and standing up for what you believe in.

You’ll notice when you follow someone, you’ll be served other people to follow as an option (this is especially true on the mobile app). Slow down and look those over and see if they interest you. It’s super easy to follow and unfollow.

ALSO, one last important tip: drill down. Don’t accept the tweet at face value, If it’s a retweet, drill down to the source. In all cases, check the link (another reason mobile is better because less chance of getting a virus). Your goal is to get to the source and then evaluate if it for truth.

2 thoughts on “How To For Beginners: Curate Twitter to Help You Stay Woke”